The gemstone Agate is one of the oldest gemstones in recorded history. It was first discovered around the 3rd or 4th century (BC) in the Achates river – hence the name Agate – in Italy by a Greek philosopher. The river has since been renamed the Dirillo river.

Agate is a beautiful and unique gemstone from the “banded” chalcedony quartz mineral family. There are many varieties of Agate available, each one visually different as it’s found in many pretty colors, but each carrying the characteristic of a unique banding pattern that this type of gemstone is well known for. The picture below is of Crazy Lace Agate – very aptly named! Where is Agate found?

The Agate gemstone can now be found in various locations around the world, including Brazil, Myanmar, Mexico, Australia and the USA. It’s generally quite easy to get hold of, making it an affordable gemstone to buy. Some forms of Agate are more expensive than others, particularly those that have a sharp defined pattern, along with a strong natural color.

Agate can be easily dyed as it’s a very porous type of gemstone. This is why you’ll often see Agate in bright and bold colors. Take a look at these examples of just some of the dyed Agate beads that we stock here at Golden Age Beads below:

In terms of crystal meanings and metaphysical properties, Agate is known as a protective stone, especially when it comes to the protection of children. According to this source, Agate can even help children to stop falling over! It’s said that Agate is also a stone of strength and courage, helping to dispel the fears of its wearers.

Agate is deemed to be a good luck stone and one of harmony and balance. It can also help, from a spiritual healing perspective, with physical ailments such as tooth and gum problems, stomach issues and insomnia. It can also help to quench thirst and prevent fevers.

A versatile gemstone for jewelry-making

Because Agate is available on the market relatively inexpensively, it’s a great stone for jewelry-makers and beading enthusiasts to use for their handmade projects. Agate is often cut and polished into cabochons or beads in order to preserve and display the stone’s patterns at their best.

Agate beads and cabochons are very hardwearing and durable and can therefore be used to make all sorts of jewelry, including pendants, rings, bracelets, necklaces and more. Agate is also used to make figurine carvings, small statues and even book ends, making this a very versatile type of gemstone.

We hope you enjoyed this article! For further reading, take a look at our product stories section. Don’t forget to subscribe to be kept updated with future posts. 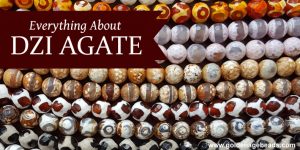 Everything About Dzi Agate 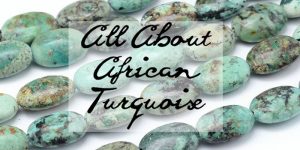 All About African Turquoise 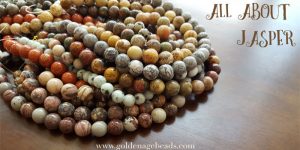 The Many Forms of Jasper 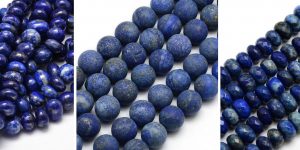 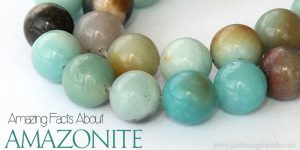 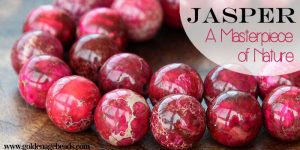 Jasper – A Masterpiece of Nature