If you’re lucky enough to have been born in April, your birthstone is the magnificent and highly valuable diamond!

In this post, we explore some interesting facts about diamonds, including where they first originated, how to value them and the mystical meanings surrounding them.

Diamonds are the hardest known natural substance – a mineral composed of carbon. They are formed within the Earth’s mantle at high temperatures before being delivered to the Earth’s surface inside xenoliths – pieces of mantle rock – by way of volcanic eruptions.

Diamonds are produced by mining the mantle rock which contains these precious gems. Diamonds in their rough form don’t look at all like the diamonds we know and love today (see below image). Because before they are sold as precious gemstones, they must first be cleaved, cut, shaped and polished to bring out their natural sparkling beauty. 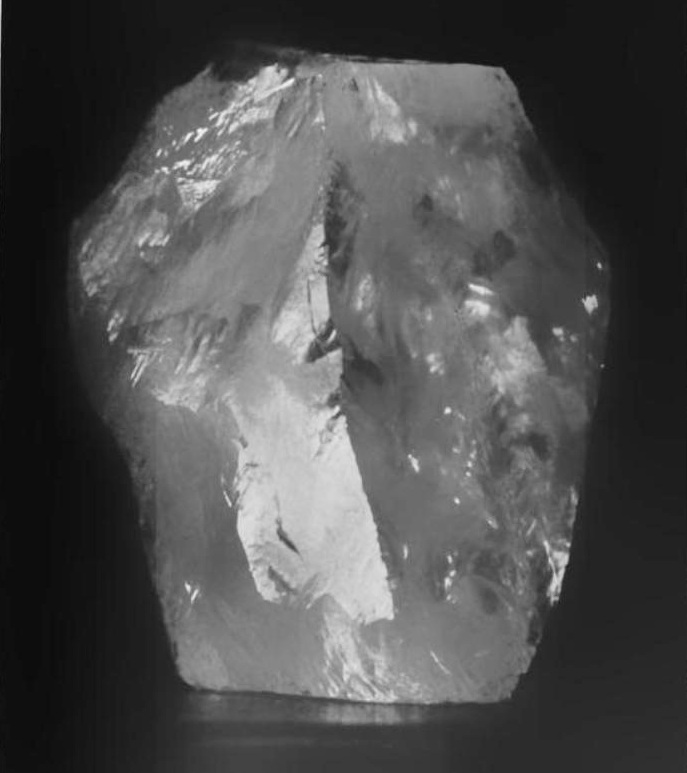 Diamonds are not just pretty to look at; they are also incredibly strong and are used for a variety of purposes as well as jewelry. For example, tiny particles of diamonds are often placed into cutting tools, because they are used as abrasives too.

Diamonds are, of course, very famous for their optical properties – their ability to reflect the light, giving them unrivaled sparkle and luster when compared to other gemstones.

Origin and history of diamonds

It’s believed that diamonds first originated in India, perhaps as early at the fourth century BC. Diamonds found their way to Europe around the 1400s and were popular as fashion accessories for the wealthy and elite members of society.

In the 1700s, Brazil became a major source for diamond production and in the 1800s, the first diamonds were discovered in South Africa. In recent years, diamonds have been discovered in Australia and Canada too.

One of the most famous diamonds ever found was the Cullinan Diamond in South Africa in 1905. In its natural form, it weighed a massive 3,106.75 carats before being cut and polished into smaller gems (9 large stones and 96 smaller stones). It’s believed that when the Cullinan Diamond was split, the knife broke during the first attempt!

Many of the large stones cut from the Cullinan Diamond are now featured in the crown jewels and other famous royal jewelry pieces. One of these is the Cullinan I – the Great Star of Africa at 530.4 carats – the largest polished diamond in the world. This has been set in The Sovereign’s Sceptre with Cross (part of the crown jewels).

How diamonds are valued

The quality of diamonds is measured by their cut, color, clarity and carats. You probably already know that the greater the carat, the more valuable the diamond, but let’s consider each of these factors in detail.

A carat is a unit of weight equal to 1/5th of a gram. The more a diamond weighs, the more carats it will have. Diamonds are sold by the carat – but in general small diamonds cost less per carat than large diamonds, because larger stones are much rarer and therefore more valuable in general.

The most popular color of diamond is white, yellow or colorless – certainly the most valuable ones are. But diamonds can also be found in other colors, known as “fancy” diamonds. These can appear in blue, green, red, pink, yellow and even purple. The value of fancy diamonds varies depending on the stone’s rarity and intensity of color.

Clarity is an important factor when it comes to determining the quality of a diamond. The best quality diamonds are free from inclusions (particles of foreign bodies) and flaws. Any flaws affects the way that the stone reflects the light and might also affect the strength of the stone too.

There are many ways a diamond can be cut these days that each have an impact on the quality of the stone itself. A valuable diamond is perfectly cut so that each faceted face is equal in size and shape. Each facet should be seamless. The cut of the diamond directly affects the stone’s luster and sparkle!

Spiritual and mystical meanings of diamonds

Diamonds are seen as a crystal of light, a spiritual stone that symbolizes perfection and illumination. It’s believed that diamonds can bring about creativity and ingenuity, helping the wearer to consider new ideas and possibilities.

Because of the diamond’s unique strength and hardness, it’s also seen as an “Invincibility Stone”, one that brings power, victory and courage to those that wear it.

Diamonds are popular for use in wedding and engagement rings and this is because they are seen as pure and virtuous. In terms of crystal meanings, the diamond bears love, fidelity, truth and honesty – all those things that make for a good marriage.

We hope you enjoyed this article about the precious dazzling diamond gemstone, especially if you have an April birthday. For more articles about gemstones, you might want check out our product stories section.