We have another installment of our Jewelry Through The Ages series for you today in which we’re exploring the history of jewelry, starting from ancient Egyptian times right through to present day. In this post, we’re focusing on jewelry from the Renaissance period (from around 1500 to 1830 CE).

The term “Renaissance” means “rebirth” and quite aptly sums up this time period, for it was an important time of social and cultural change. The Renaissance itself started after the Middle Ages in 14th century Italy and in the centuries following, it spread throughout Europe. New continents were discovered during this period and along with them came the expansion of trade and ultimately an increase in wealth.

As well as being a time of upheaval when it came to politics, the Renaissance was also known for great developments in art, music, philosophy, religion and science. In terms of the history of jewelry, the Renaissance played an important part in its transformation.

An overview of Renaissance jewelry

The making of jewelry during the Renaissance period began to change from Gothic to that of early modern – it was still influenced by biblical depictions as in the Middle Ages, but also had links to classical and mythological themes from the ancient worlds of Greece and Rome.

In paintings of this era, many forms of jewelry have been portrayed clearly to give us a wonderful insight as to the splendor of jewelry back then.

It was thought that some painters, sculptors and goldsmiths worked closely together. The making of some prestigious pieces of jewelry may have involved different specialists to undertake different parts of the process.

For example, it wasn’t uncommon for a painter to design a piece of jewelry, a goldsmith to cast and shape the piece and then for another specialist to enamel, engrave or set the jewelry with gemstones.

Items of jewelry gradually evolved from the brooches and shoulder clasps of the Medieval Ages to more modern items like necklaces, chandelier or drop earrings and bejeweled headdresses. The wealthy wore rings set with gems on all five fingers.

Probably the most iconic item of jewelry from the Renaissance period was the pendant, worn on a necklace. Pendants were often enameled on the front and back so that both sides were seen as equally impressive.

Pendants featuring the initials of their wearer were a popular jewelry item. These were seen as very personal and many are thought to have been destroyed once their wearer died. This photographic reproduction of a portrait of Anne Boleyn below depicts her wearing her famous letter B pendant choker necklace, complete with pearls. 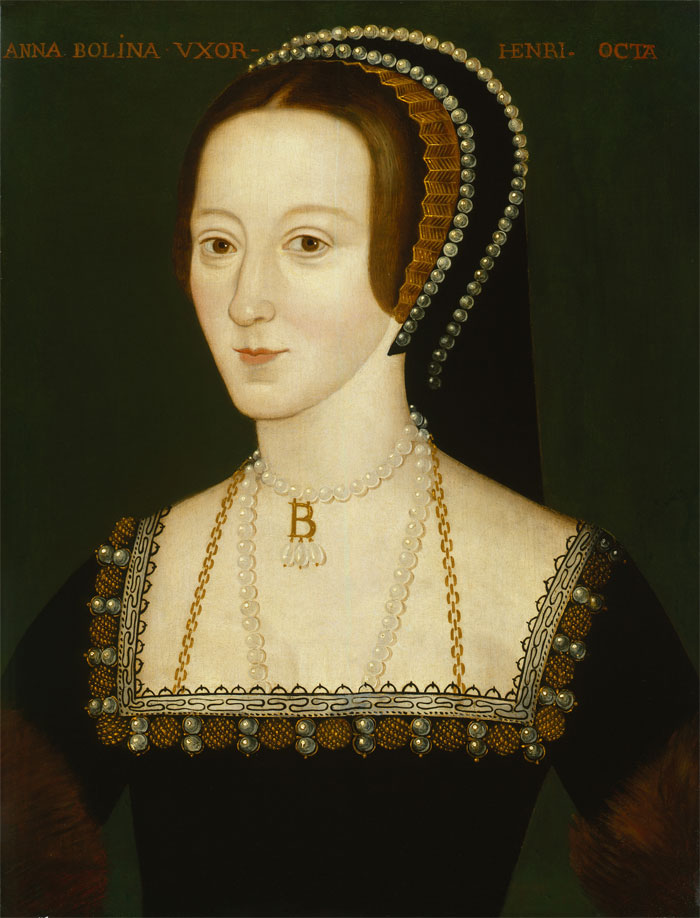 The Tudors loved jewelry. Henry VIII in particular, had hundreds of jewels in his personal collection. Jewelry was seen primarily for adornment purposes but it was also used as a form of wealth too.

The developments in exploration and trade meant that a wider variety of materials other than precious metals were used in making jewelry of this era. A range of gemstones were available, including emeralds, rubies, diamonds, topaz, amazonite, garnet, amethyst and many more. Pearls, especially baroque pearls that had an irregular shape, were very popular and featured in many jewelry designs.

It’s evident that Renaissance jewelry was very much about vivid color and beauty – an important contribution to the development of jewelry in history. Many pieces featured large stones, with other jewels set around them. Towards the beginning of the 17th century, jewelry designs started to incorporate jeweled patterns with the arrangement of gemstones.

The image below is of a Spanish Gold and Emerald Pendant, photographed in the Victoria and Albert Museum. This piece is thought to have been made between 1680 and 1700 CE. 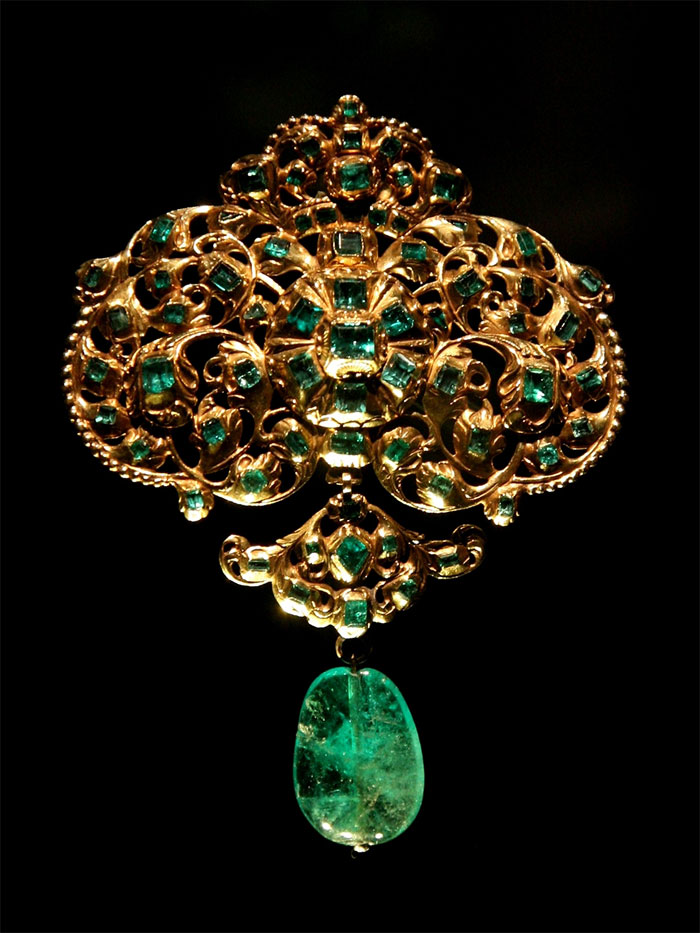 One of the most famous jewels from this era is the stunning deep blue Hope Diamond, which was sold to King Louis XIV in 1668 by Jean-Baptiste Tavernier. It is thought to have originated from India and is insured for $250 million. 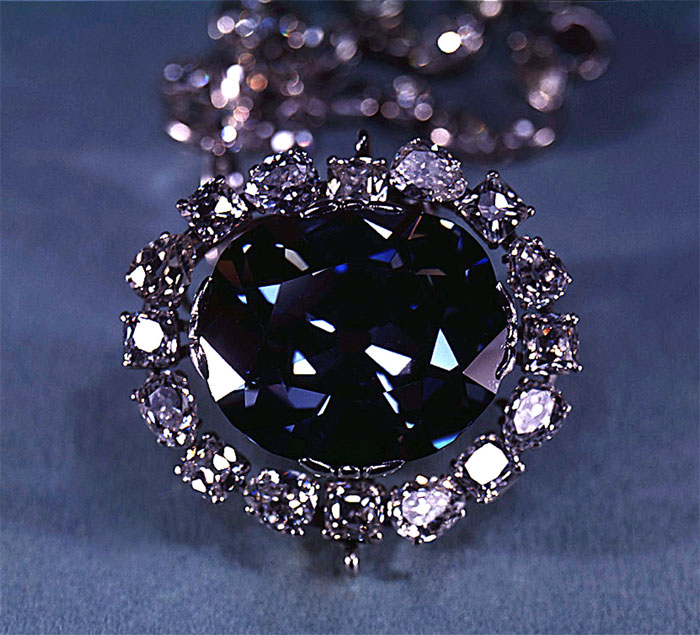 A brief overview of Georgian jewelry

Between 1714 and 1830, Georgian jewelry emerged with styles such as Rococo (late baroque) and Gothic revival. This was also a time of discovery and innovation with the development of glass paste copies of gemstones being produced.

Lockets containing miniature portraits were also popular, even among men, especially during the reign of George III (see image below which dates back to 1810-1850). There was such as thing as a secret “lover’s eye” locket, which contained a miniature painting of the eye area and keepsake jewelry for a mother to keep safe a lock of her child’s hair. Chokers, bracelets, index finger rings, crosses, buckles and hair jewelry featured prominently during this time. 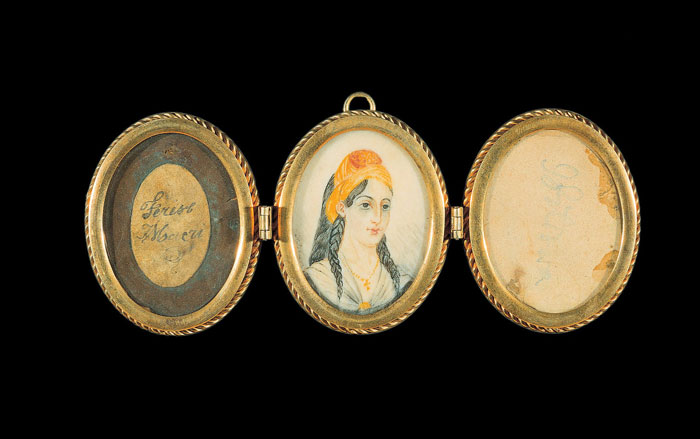 Interestingly, during the Georgian era, different jewelry styles began to be worn at different times of the day. Women wore a chatelaine (see example below which dates back to the 18th century) necklace, watch (with chain), a lace pin or bracelets worn in pairs during the daytime. Men wore extravagant shoe buckles, adorned with diamonds, glass paste and gemstones. 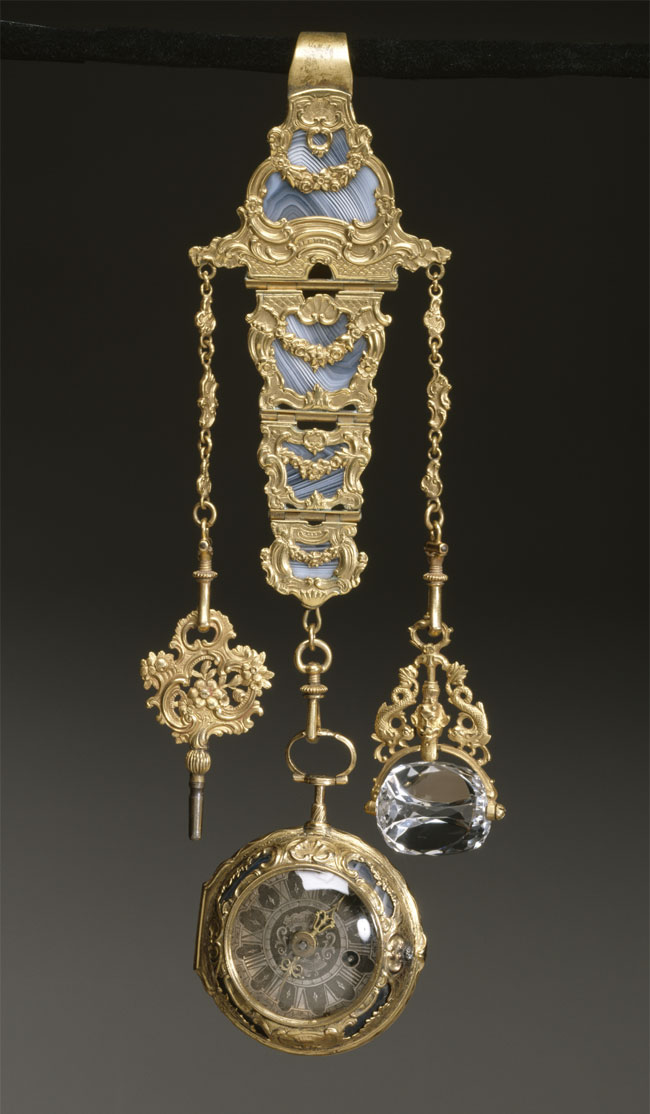 In the evening, cut diamonds were extremely popular and they were worn in abundance. Silver settings were often used to show off a diamond’s sparkling white color. Paste diamonds were also made and worn, even by the wealthy or royalty, because they were seen as high quality.

Memorial or mourning jewelry was also introduced during this era. Some pieces incorporated the hair of a loved one who had passed away.

We hope you found this article about Renaissance and Georgian jewelry interesting! In case you missed the previous parts of this series, you can catch up here – Ancient Egyptian Jewelry and Medieval Jewelry.

The next part in this series will explore Victorian jewelry. Why not subscribe to our newsletter to make sure you don’t miss it? 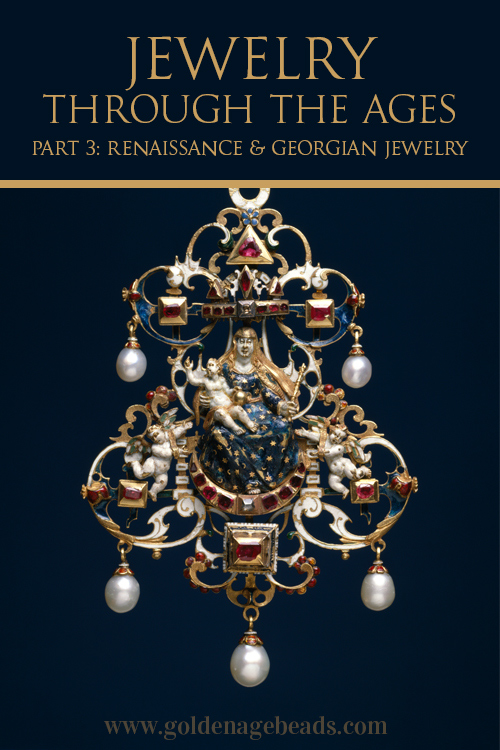 Wouldn’t it be great if you could incorporate this season’s jewelry trends into the perfect handmade gift for someone special? In this post we hope to inspire you by showing…

Fabric jewelry has been around since ancient times and is still popular even now. In this post, we’re exploring some different types of fabric jewelry and what techniques you can…

Ever wondered when and how jewelry first came into existence? Or how jewelry has changed over the years? In this new series on our blog, we’ll be exploring the history…

Earlier this week, we published an Independence Day DIY jewelry-making project for you to have fun with – our peyote stitch beaded ring tutorial. It’s not just us who have…

In today’s installment of Jewelry Through The Ages, we’re exploring Retro Era jewelry, also known as Retro Modern or cocktail jewelry. It’s not uncommon to consider something that is “Retro”…

This week, as part of our Jewelry Through The Ages series, we’re revisiting the 1920s and 1930s to find out more about an iconic style of jewelry that still influences…