Today’s post is the fourth installment in our “Jewelry Through The Ages” series and this time, we’re exploring Victorian jewelry.

The Victorian era (1837 to 1901) was a time of great change in terms of technology, politics, art and fashion. This was a time period in which great inventions were made such as the introduction of electricity, the concept of indoor plumbing and the birth of photography.

Because of the advances in technology, the expansion of trade and the growth of middle class society, jewelry production reached a great level during the Victorian era compared to prior history periods.

The Victorian era is named after the English monarch, Queen Victoria who reigned for 63 years and 7 months. As a monarch who was loved and followed by the masses, she had a profound effect and influence on everything from politics right through to fashion, including jewelry.

Queen Victoria’s own jewelry and fashion influenced the world. She was extremely fond of jewelry and wore it in abundance throughout her life. She even designed some pieces herself to give to family and friends as gifts.

In terms of jewelry styles, there are three distinctive periods to take note of during the Victorian era, which impacted jewelry production in the US and Europe.

In the early part of the Victorian period, jewelry production took its influence from ancient treasures along with styles from the Medieval and Renaissance periods. Gold was the main material used as well as precious and semi-precious gems.

In the early 1800s, cameos carved from gemstones were seen as quite rare. Then conch shell cameos made an appearance and became very popular. These were carved by hand usually by Italian artisans and because shell was easier to carve then stone, shell cameos were more affordable and were easier to obtain.

Take a look at this cameo pendant below which dates back to the late 18th or early 19th century. In a gold setting, it features the head of Hercules and is surrounded by diamonds and pearls. 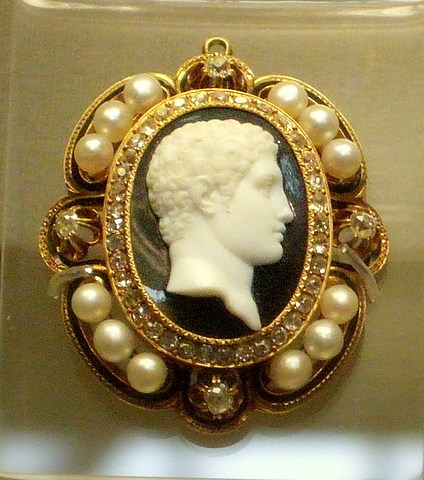 The union of Queen Victoria and Prince Albert played a major part in shaping jewelry design during this time. Jewelry became more than just beautiful; it began to hold sentiment and symbolized love, romance, friendship and faith.

Jewelry design often incorporated a secret meaning of affection. Acrostic jewelry was popular – items contained multiple gemstones set out in such a way that the first letter of each gemstone name spelled out a message of love. For example, a diamond, emerald, amethyst, ruby, emerald, sapphire and topaz would represent the word “dearest”.

Many pieces featured heart or flower motifs, snakes (which alluded to everlasting love and eternity), crosses and anchors (which resembled hope). This beautiful and delicate Victorian flower brooch below dates back to the 19th century. 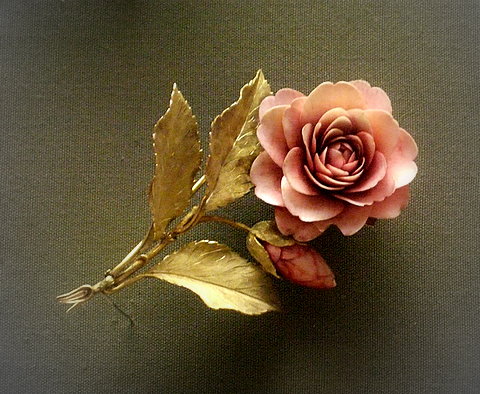 Keepsake lockets and miniature portraits were popular during the Victorian period. Out of all her jewels, Queen Victoria herself was said to treasure a heart shaped locket which contained a lock of Prince Albert’s hair as well as a sapphire and diamond brooch he gave her before their wedding.

This elaborate jewelry set below is also from the 19th century. It features many different miniature portraits and would no doubt have been a precious keepsake for its owner. 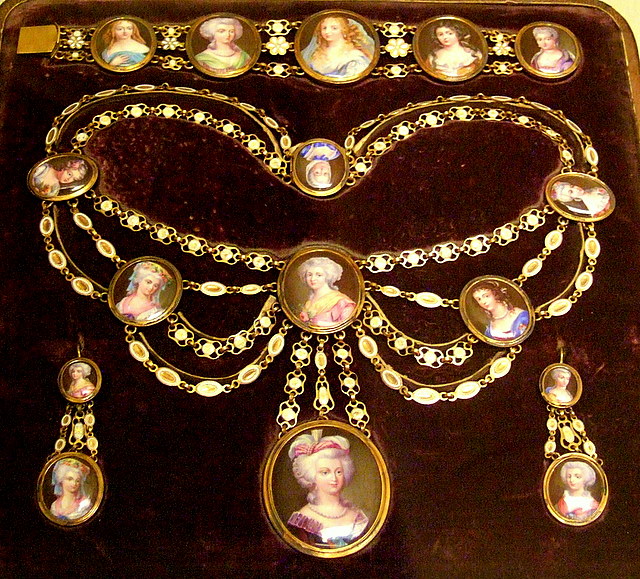 One of the most interesting types of jewelry that featured during the early part of the Victorian period was hairwork pieces. Human hair was tightly woven together and formed part of necklaces, bracelets, brooches and earrings.

When you think about it, it’s not surprising that human hair was valued so much that it was used in jewelry. Human hair doesn’t decay in the same way that many other materials do; in fact it contains chemical qualities that can help it to last for hundreds of years.

Hairwork pieces were also used as memorial or mourning jewelry. In this Victorian hair brooch below, you can see the strands of woven hair in the center of the piece. 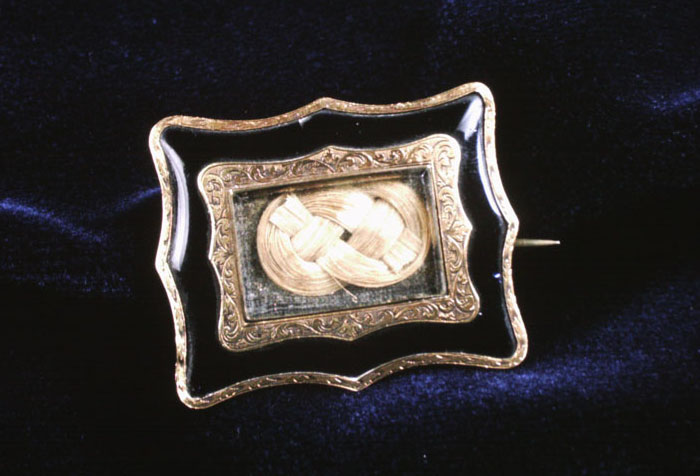 After the unexpected death of Prince Albert in 1861, Queen Victoria went into deep depression and mourning. This was reflected in her black attire and jewelry. In fact she wore black for the rest of her life in respect of her husband’s passing.

Mourning jewelry had been introduced during the previous century, yet it only became truly fashionable during the Victorian era. Below is an example of mourning jewelry, a jet black brooch from the 19th century.

During the late Victorian period, jewelry styles shifted back towards cheerful romanticism again but on a smaller and lighter scale. Jewelry designs were more delicate, less formal and somewhat quaint or whimsical.

Jewelry pieces featured crescent moons, stars, insects, reptiles and animals. During this time, diamonds were discovered in South Africa and this in turn led to a lot of jewelry being set with diamond stones. Other gemstones that were popular during this time period were bright sapphires, peridot and spinel.

We hope you found this latest post in our series on Jewelry Through The Ages interesting. If you missed out on the other posts in this series, you can read them here:

You might want to subscribe to our newsletter to make sure you don’t miss out on the next article!

Do you have a bead soup stash? A place where you store all your leftover beads from your jewelry-making projects? If so, you might be wondering what to do with…

Earlier this week, we published an Independence Day DIY jewelry-making project for you to have fun with – our peyote stitch beaded ring tutorial. It’s not just us who have…

Jewelry has been worn since the beginning of humanity as a way to show individuality and social status. From the days of stones and bones through modern handmade or 3D-printed…

If you love making jewelry, you’ll no doubt appreciate the amount of new materials and supplies you can buy these days in order to keep on coming up with unique…

Jewelry production in the 1960s through to the 1980s was loud, proud and designed to make a statement! Fine jewelry was still being made and worn by those that could…

Fall season is almost upon us and it’s sure to bring much inspiration for you in your jewelry-making and craft projects when it arrives. You can find inspiration during fall…