Jewelry production in the 1960s through to the 1980s was loud, proud and designed to make a statement! Fine jewelry was still being made and worn by those that could afford it, but many people liked to wear costume jewelry, which played a big part in the fashion of these decades.

Expensive diamonds, emeralds and sapphires were pushed to the side a little as the masses wanted jewelry made with cheaper materials like plastic chunky beads, gold plate metal, colored glass and crystal. Costume jewelry throughout this time period was the height of fashion.

Jewelry design during the 1960s took on a bold and vibrant form. Glass and acrylic beads were important from Hong Kong and Japan and they were used for costume jewelry. Enamelling was once again seen in some jewelry designs.

This enamelled Pink and Purple Flower Brooch and Earrings Set (photo courtesy of Enchantment Vintage Costume Jewelry) was made by American costume jeweler Kramer during the 1960s. 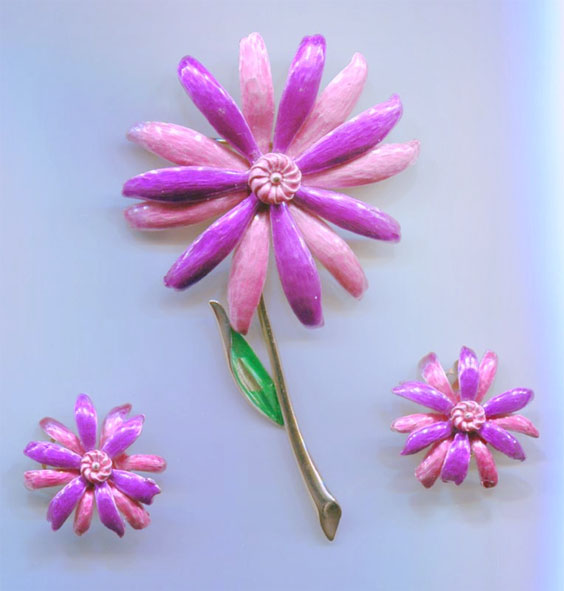 Multi-strand necklaces were popular with some women wearing three, four or even five strands of beads or faux pearls around their necklines. Fringe necklaces and chunky yellow gold chain necklaces were also a big trend during this time. 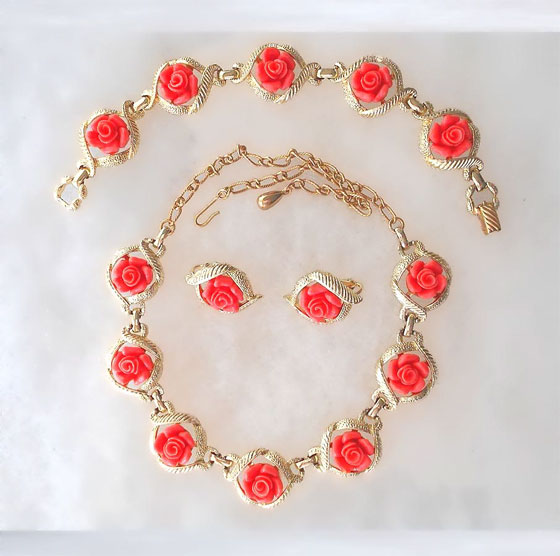 The hippie culture began in the 1960s in the US and the UK and this had a big influence over jewelry design and fashion.

Like the clothes of this movement, jewelry was worn loose, long and flowing and free from restrictions. Handmade or Native American jewelry was popular, as were long beaded necklaces or accessories sporting the symbol of peace.

Because music was so influential on the hippie scene, some jewelry featured bells or would jangle when moved. Ankle bracelets were well liked because many hippies liked to go barefoot with their ankles on show.

In the 1970s, fashion in general was influenced by counterculture, music, rock stars and other icons. In order for jewelry to stand out from the loud prints and patterns that this era is famous for, it had to be bold and bright and the larger the better.

Bracelets took on the form of cuffs, rings made a statement and bold jewels were all on trend during the 1970s. People decorated their bodies with oversized body jewelry. It was very much an experimental time and many pieces of 1970s jewelry are unusual because of that.

This bold and dramatic “Pirouette – Tanzanite Diamond Ballerina Ring” below (photo courtesy of The Three Graces) is an example of fine jewelry made around 1970.

It features a stunning emerald cut tanzanite gemstone in blue with hints of purple, surrounded by elongated baguette diamonds. 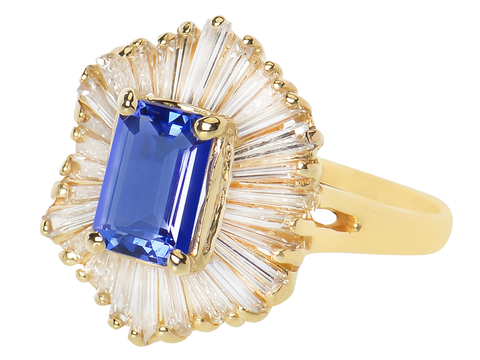 Going back to costume jewelry examples, below is a Brooch and Clip Earring Set called “Americana” by Sarah Coventry, manufactured in the 1970s (photo courtesy of Enchantment Vintage Costume Jewelry). This set features a Maltese cross design with red, blue and white cabochons. 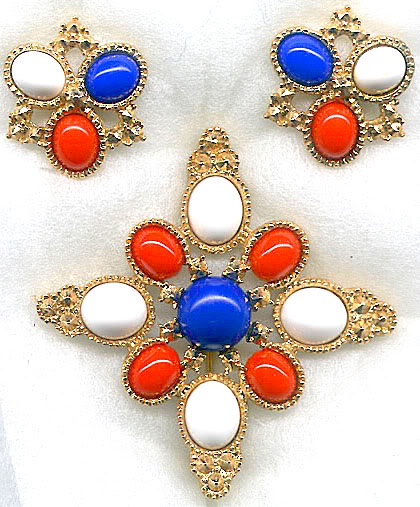 Popular gemstones during the 1970s were those that were bright and colorful, such as Turquoise and Lapis Lazuli. The metal of choice was yellow gold, a trend which was enjoyed during the previous decade.

Jewelry in 1980s remained large and distinctive. People were experimenting with their individuality and so fashion and jewelry was influenced by this.

Earrings were huge – oversized hoops were a must-have item for most women’s jewelry boxes. Clip on earrings were still worn, as some pieces were large but less weighty than pierced styles.

Beaded necklaces were still fashionable and large pendants on chains were popular too. Imitation gems and faux pearls were available in just about every color imaginable. Crystal and cut glass were worn in favour of real gems as they were much cheaper. Again, gold metal was desirable – real gold and gold-plate.

A fine jewelry example for this era is this beaded necklace below – “Radiance: Aquamarine Bead Necklace” – made around 1980 (photo courtesy of The Three Graces). 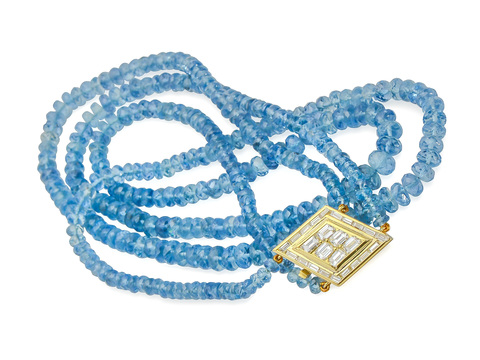 In the 1980s, a new craze appeared in bracelets – thin neon “jelly” bracelets that were actually made from plastic. Oversized colorful bangles and woven friendship bracelets were also popular. 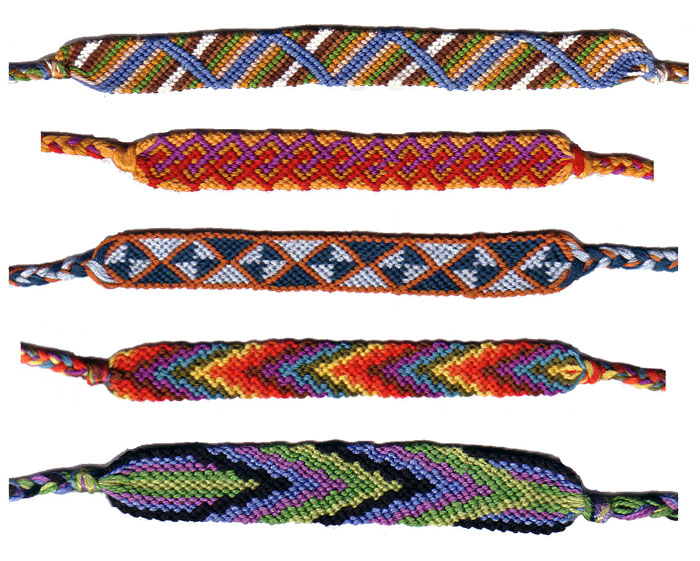 We hope you enjoyed finding out more about jewelry from the 1960s, 1970s and 1980s! Don’t miss our last post for Jewelry Through The Ages on contemporary jewelry in a couple of weeks time – you can subscribe to our RSS or sign up for our newsletter to be alerted about this once it’s live.