The history of the choker necklace goes back hundreds of years. There have been many types of chokers worn during this time and for different reasons. But the style in which it has been worn – close fitting against the neck – has remained the same since it first came into existence. This post investigates how the choker necklace came about and how it has developed into a fashion icon over the years.

Many sources claim that chokers were first seen in 1798 during the French Revolution. Female French expatriates wore red ribbons around their necks as a way of paying tribute to those who had lost their lives to the guillotine. But actually, it can be assumed that chokers made an appearance even before then as Anne Boleyn (1507-1536) was portrayed wearing a choker necklace in paintings of that era. Her famous necklace was made up of a string of pearls and a letter “B” pendant and she wore it closely around her neck.

In the 1860s, the choker necklace had some links to prostitutes. This has been evidenced through Manet’s painting of “Olympia” (1863) which showed a prostitute wearing a ribbon around her neck. Despite of this connotation, chokers were also worn during this time by Royals during the Victorian era. 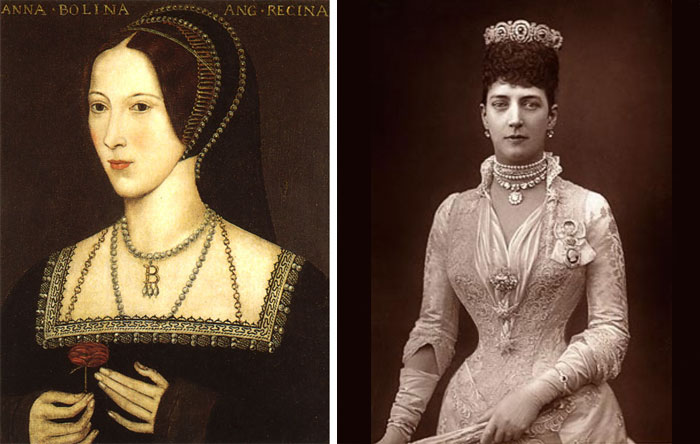 There are several portraits of Queen Victoria (1819-1901) depicting her wearing a choker during her reign and Alexandra, the Princess of Wales (1844-1925), often wore chokers to cover a scar on her neck which is believed to have been from a childhood operation. Princess Alexandra began to have an effect on fashion, setting trends for the next 50 years or so, as society ladies began to copy her. During the Victorian era, wealthy ladies wore chokers as a fashion statement, many of which were adorned with jewels.

The trend for chokers stretched through into the roaring 20s with ladies wearing beaded or ribbon chokers and in the 1940s, chokers made another comeback in the form of “dog collars”. At this time, they were beginning to be made from various materials as well as lace, ribbon, velvet, pearls and diamonds. 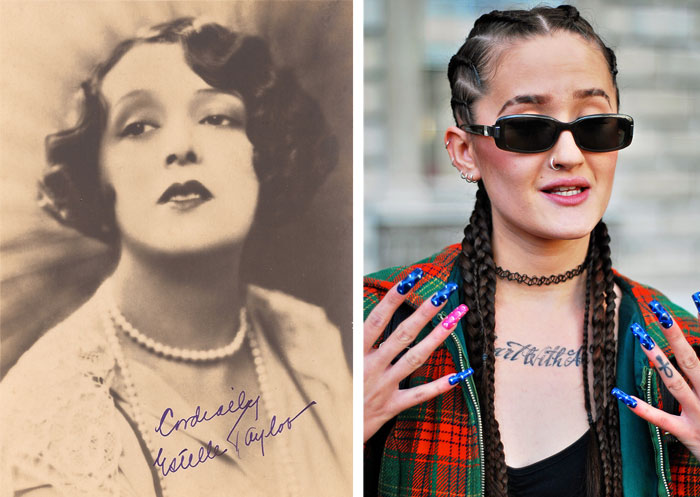 In the 1990s, chokers again became fashionable and many celebrities sported them. One of the most memorable types of chokers from this era is the “tattoo” choker. Made of plastic, the “tattoo” choker was “scratchy” at best, but its netted design proved popular among trendsetters and goths.

Fast forward to 2015 and chokers are again taking the limelight in terms of trends for this coming spring and summer. Today’s chokers are about a combination of textures, patterns, materials and colors. Chokers made with heavy chains, brass, stripes, jewels and pearls all have their place on catwalks at the moment. 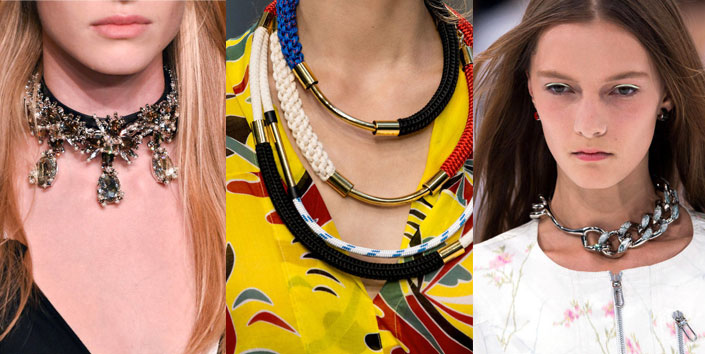 It’s fascinating to learn how chokers first came about around 500 years ago and how they have changed over the years. Having stood the test of time, it’s evident that chokers are a true fashion icon – and these facts surely tell us that chokers will be around for many years to come.

7 thoughts on “The Fascinating History of Choker Necklaces”