November is another month that hosts two stunning birthstones that are quite opposite in character – the fiery Topaz and the gentle Citrine.

Topaz is made from a very hard silicate mineral, a form of aluminium and fluorine. It looks almost diamond-like when cut and is almost as hard as a diamond too. Topaz can appear in many beautiful colors, including pink; yellow, orange, purple and blue. The biggest source of Topaz gemstones is found in Brazil.

Citrine on the other hand, appears in a range of golden hues, from pale yellow right through to deep orange colors. Citrine is a variety of quartz and it’s quite rare in its natural form. It’s quite tricky to tell a Citrine gemstone apart from a yellow Topaz, as they look very similar when cut.

Legend and lore of the November birthstones

The Topaz gemstone can be traced back to Roman times – it was seen as a symbol of the Egyptian Sun God Ra, thanks to its intense fiery glow. The name Topaz is said to be derived from the Sanskrit word “Tapas” meaning “fire”.

Topaz was associated with heat in other ways too. It was believed to have the power to control temperature and cool boiled water. In a person, Topaz was said to balance emotions by reducing anger and instilling a sense of harmony, as well as bringing about passion and determination.

During the Middle Ages, the Topaz was worn by royalty and clergy. It was believed by some that a Topaz gemstone engraved with a falcon allowed the wearer to benefit from the goodwill of kings and in turn, bring peace and fortune to the lands.

Citrine’s name comes from the French word for lemon – “Citrin”, probably because of its yellow or golden hues. The Citrine gemstone is known as the “Healing Quartz”, a reflection of its gentle characteristics and qualities. It’s said that the Citrine gemstone promotes hope, energy, strength and vitality for those who wear it.

Healing powers of the November birthstones

Both the Topaz and Citrine gemstones are believed to possess healing powers, in different ways. Topaz is allegedly very helpful when it comes to various physical and mental health problems, such as gout, blood disorders and tuberculosis, insomnia and anger issues.

Historically, Topaz was ground down into a powder and used in wine because it was thought to guard against some of the illnesses above and even prevent sudden death.

Citrine, with its gentle powers is said to bring about mental clarity and enhance the memory as well as alleviate heart, liver and kidney problems.

It’s no wonder that both Topaz and Citrine are popular for use in jewelry-making today, considering their interesting histories and beautiful appearance. Whether your birthday falls in November or not, these are stunning gemstones for anyone to acquire!

We hope you enjoyed this article about the November birthstones, Topaz and Citrine. For more articles like this, check out our product stories section on our blog! 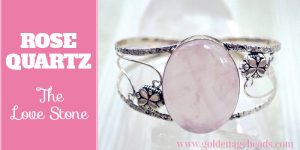 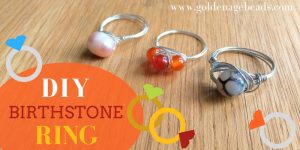 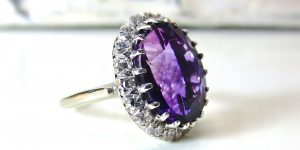 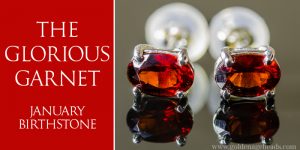 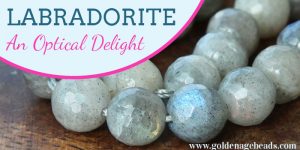