Pearls are one of nature’s most valuable gifts, recognized around the world as a symbol of wealth and perfection. It’s actually the oldest known gem – existing even before history was recorded. It’s said that early man most likely discovered the pearl whilst hunting for food on the seashore.

To give you some idea of how far back the pearl’s history stems, we know from ancient paintings that the Egyptians wore mother of pearl in jewelry more than 5000 years ago. Later, pearls were discovered in China, India, Persia, Europe and the New World.

Throughout history, right from its early existence to the present day, the natural pearl has been (and still is) treasured by the wealthy and elite alike. As well as being a status symbol, pearls have also been used as currency by natives in the South Seas. In 1916, the French jeweler Jacques Cartier is said to have bought a valuable property, his New York store in Fifth Avenue, by trading two pearl necklaces!

During the Middle Ages, in medieval Europe, it was made law that pearls could only be worn by royalty and people of high nobility. Pearls were laid into jewels and crowns for women and knights carried pearls into battle for luck. It’s not surprising that pearls were regarded so highly, given that they were treasures of the ocean and could only be found at the bottom of the seabed, in the shells of oysters.

How natural pearls are created 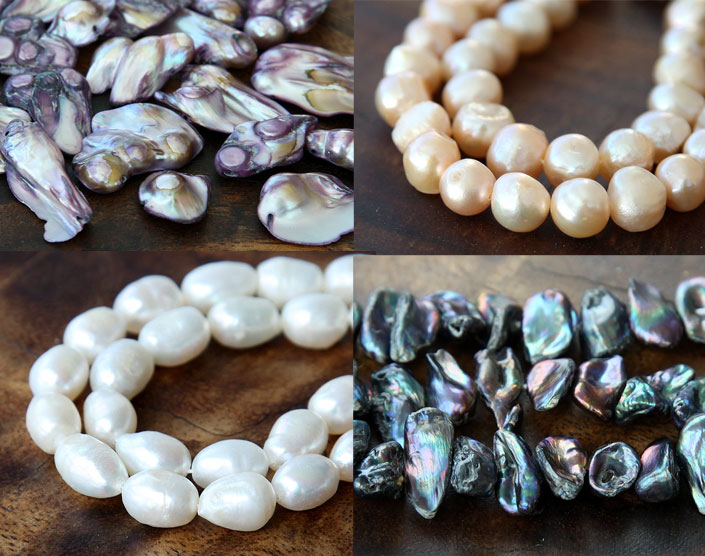 The way that natural pearls are made is pretty amazing and some might say even a miracle of nature! The process starts when a parasite or foreign object enters the shell of an oyster and lodges itself in the oyster’s soft inner body.

To protect itself, the oyster secretes a silky crystalline substance (called nacre) around the parasite. Over time, the parasite becomes completely encased layer by layer in the substance, forming what we know as the beautiful and precious natural pearl – made by chance. Because each natural pearl is unique, each one looks different in shape, size and color.

You can imagine what a lengthy undertaking it could be to wait for a parasite to infiltrate the shell of an oyster! So once man became aware of how pearls were formed, the process of pearl cultivation was born.

Pearl cultivation involves an expert implanting a parasite or nucleus carefully into the body of an oyster to stimulate the production of nacre, rather than leaving it to chance. The substance is secreted by the oyster in exactly the same way, except that there has been some human intervention to get the process started. When a pearl forms in this case, it’s known as a cultured pearl.

Some pearl cultivation experts implant a round bead instead of a parasite, to try to influence the size and shape of the cultured pearl. The cultivation of freshwater pearls and saltwater pearls has led to these beautiful gems being readily available on the market – not just for the rich and wealthy.

What are shell pearls and how do they differ from natural pearls? 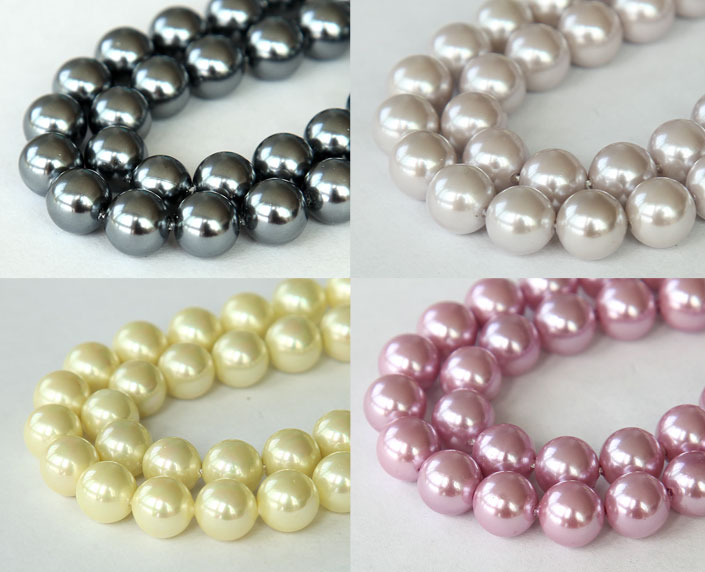 Shell pearls are man-made, rather than the result of nature – although they are still made from natural materials. Shell pearls are made from the shells of oysters, sometimes with mother of pearl, by human hands. They are then dyed and polished to a high, glossy shine. They are quite heavy and you’ll see them in many different colors, unlike natural pearls.

Natural pearls are usually found in pink, peach, white, cream, silver and iridescent colors. They can by dyed, just like man made pearls, but usually they won’t be because they are so precious in their natural form!

The timeless beauty of pearls

We hope you enjoyed this article! Please take just a moment to share this with your social media followers. 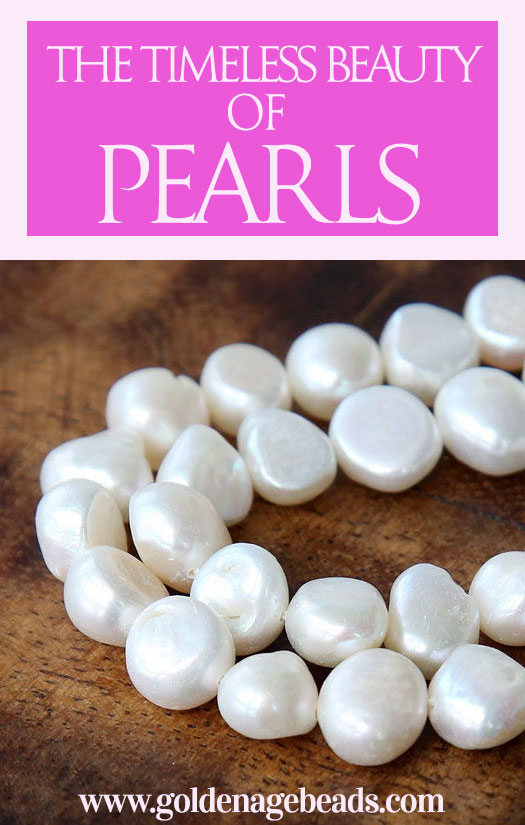