The legend has it that amazonite was first called as ‘amazon stone’ which was later changed to amazonite. It derives its name from the beautiful Amazon River and because it is a green variety of microcline feldspar, amazonite is sometimes referred to as green feldspar as well.

Unlike its derivative name, amazonite is not actually found in the Amazon River itself and presumably gets its name either because of the blue-green river or the green hue of the trees found there. However, it can be found in the countries to which the river is associated with like Brazil and Peru, although it is primarily found in unrelated countries like Madagascar, Russia, Canada, Namibia, Mozambique, India and the USA.

Amazonite, a semi-precious stone, has some varying characteristics with its transparency ranging from translucent to opaque, could display vitreous to waxy luster, and its color usually ranges from blue-green to vivid green, or other times from gray to dull yellow.

Like any other gemstone there are many metaphysical properties which revolve around amazonite! In ancient times, this stone was called the “Stone of courage” and the “Stone of Truth” as it empowers one to search the self and discover one’s own truths and integrity. Some believe it to be soothing and calming as it dispels negative energy to help conquer grief, depression, and sadness. Others trust it to be capable of balancing masculine-feminine energy and strengthening one’s physical power & stamina.

The beauty and uniqueness of this gemstone is sufficient to awe any artist or jeweler. Depending upon the selected stone’s appearance, amazonite may help add a rustic, elegant, or romantic touch in one’s jewelry designs. We have a comprehensive collection of amazonite beads in all sizes and finishes varying from smooth, faceted, matte to glossy and shapes like round, rondelle, sticks, and chips. There is something here for any jewelry project. 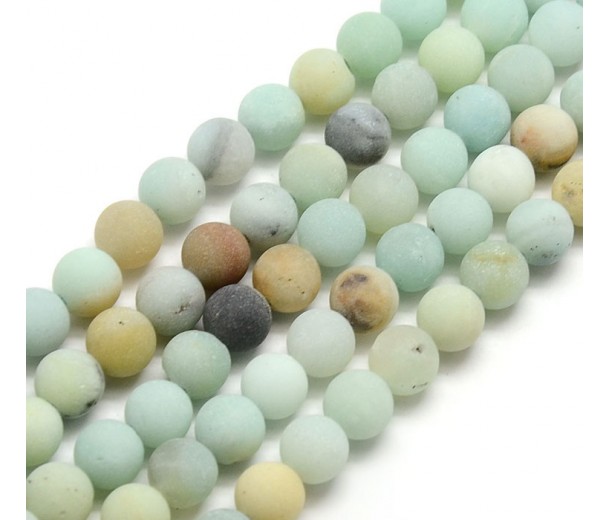 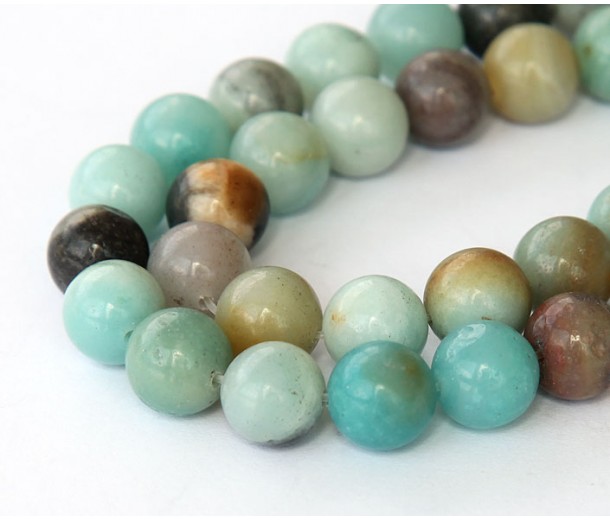 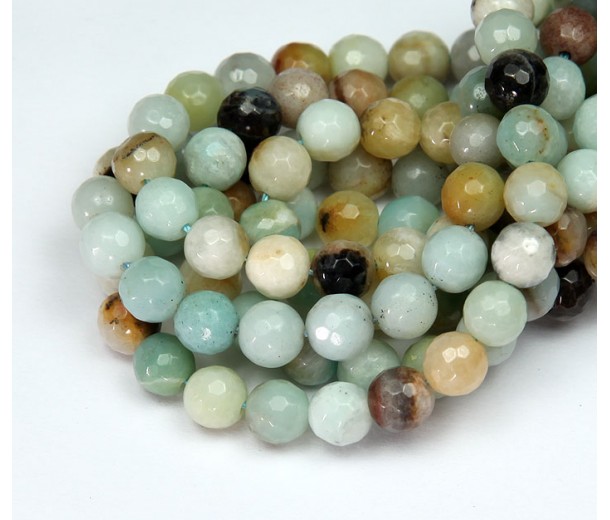 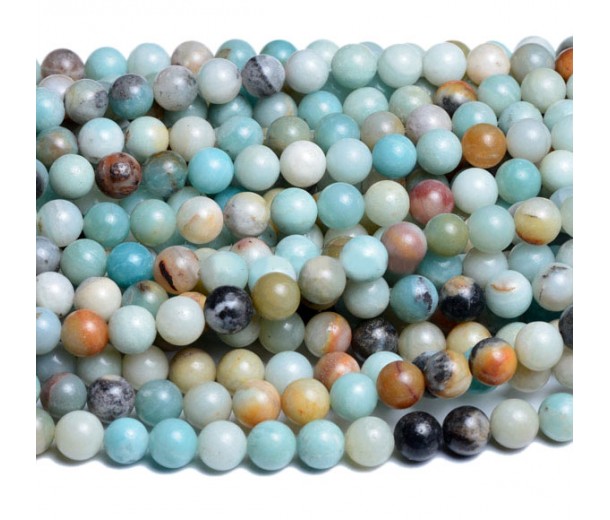 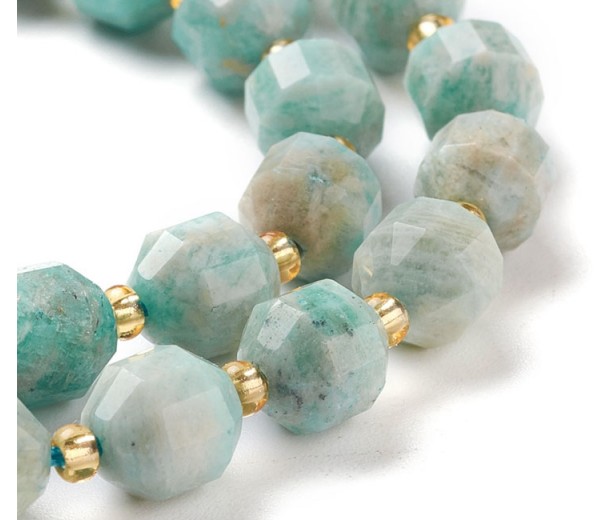 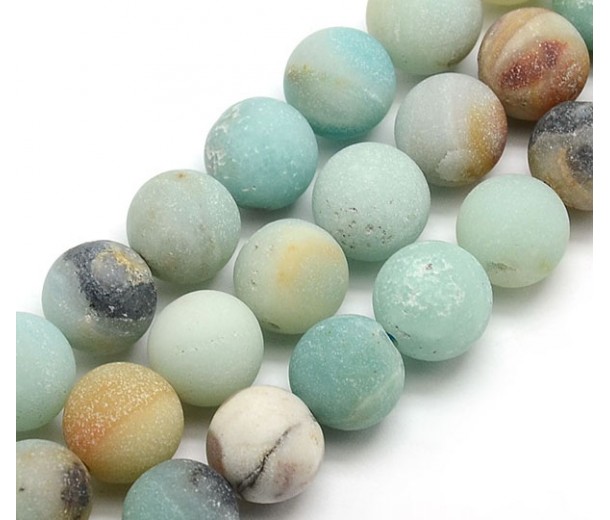 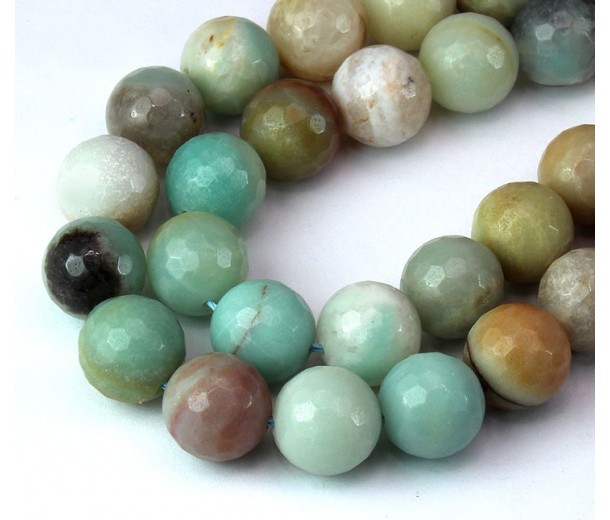 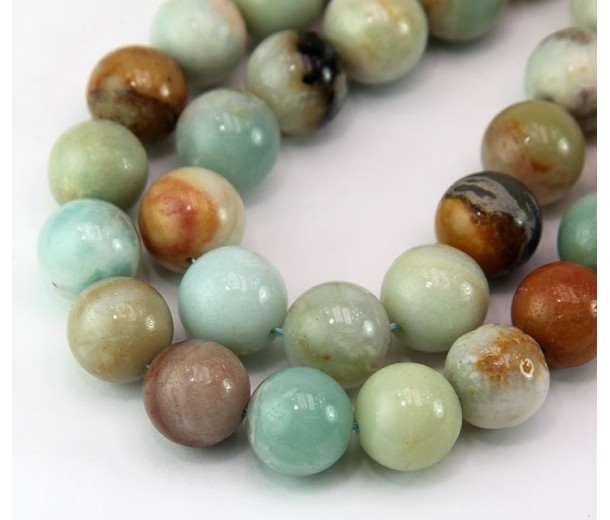 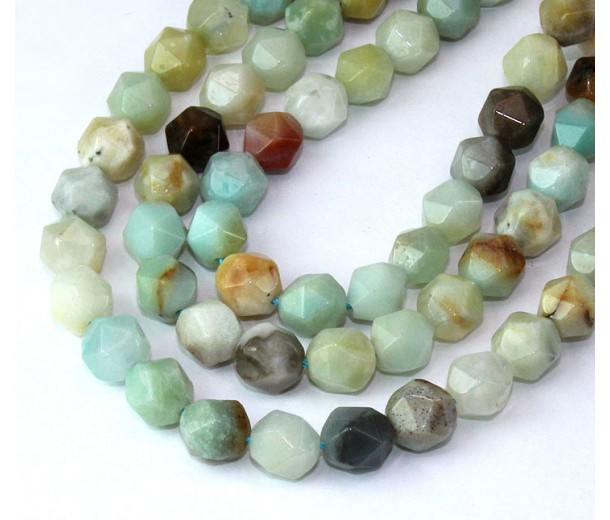 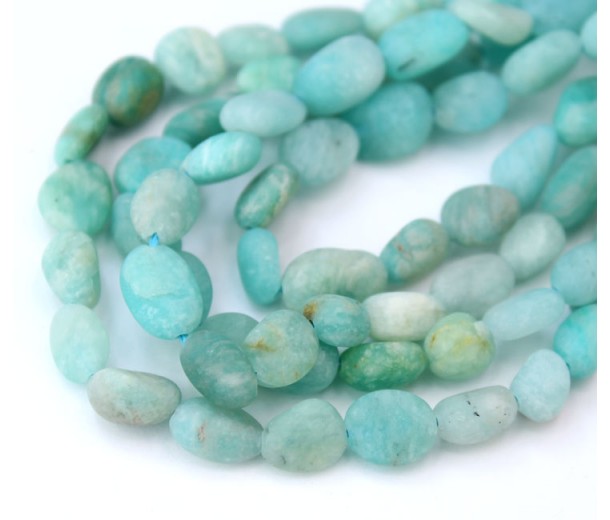 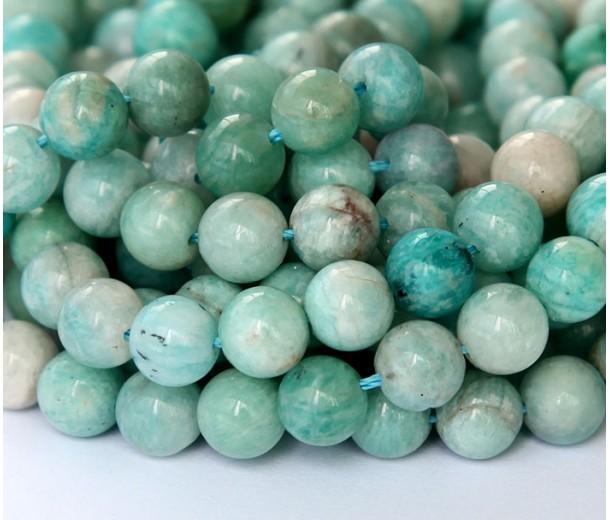