Sodalite, an ornamental gemstone, derives its name from the sodium content found within the mineral. It is one of the six members of the Sodalite group of minerals and may be classified as a feldspathoid. First discovered in Greenland in 1811, this beautiful stone only gained its popularity after the large deposits of fine specimens were discovered in Ontario, Canada (1891). It typically occurs in massive form as vein fillings in plutonic igneous rocks. Fine specimen of Sodalite rocks can only be found in a handful of localities like Canada, the United States, Brazil, Namibia, Greenland, Portugal, Romania, India, Burma and Russia.

A typical Sodalite gemstone is of rich royal-blue color and is often mottled with white veins or streaks. It sometimes is referred to as ‘Poor Man’s Lapis,’ as they share similar coloring except for the gold flecks of pyrite which gives Lapis its sparkle, and the fact that Sodiaite is comparatively inexpensive. Apart from shades of blue, Sodalite can also be purple, pink, grey, green, yellow, white, or colorless. Its diaphaneity ranges from opaque to transparent, it can be dull, vitreous to greasy in luster, and when under UV lights it may show fluorescence, while some specimens may exhibit tenebrescence.

Sodalite is known to carry numerous metaphysical properties. According to one belief, it encourages creativity and inspiration, therefore being perfect for artists, singers, painters and sculptors. Others reckon it to be the ‘stone of wisdom’, capable of bringing logic, rationality, stability, and efficiency to one’s life. It is also believed to be a calming stone as it can bring inner peace by protecting its wearers from negative energy and helping them to see the positive aspects of any situation. Physically, it is said to cure insomnia, calcium deficiency, sinus, and thyroid issues.

Though Sodalite has only been known for about 200 years, it has become fairly popular among artisans. You can set it in gold, silver, copper or wire-wrap the beads and team them with white gemstones such as marble, topaz or quartz to create some lovely pieces of tribal, eclectic or other styles of jewelry. 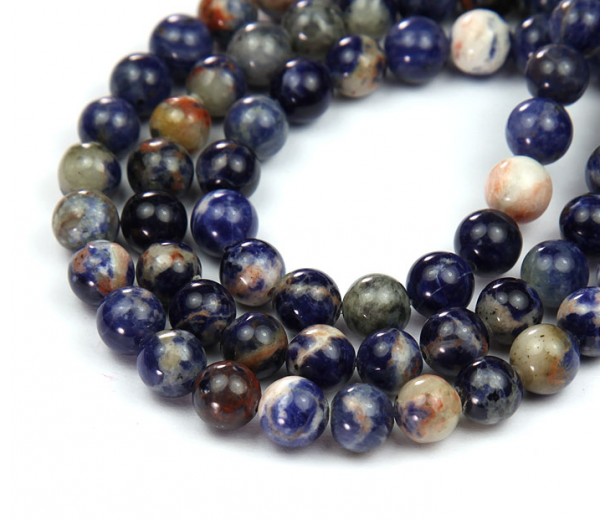 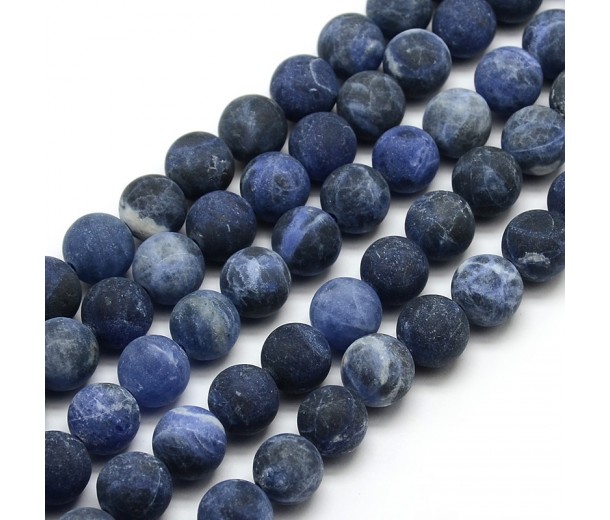 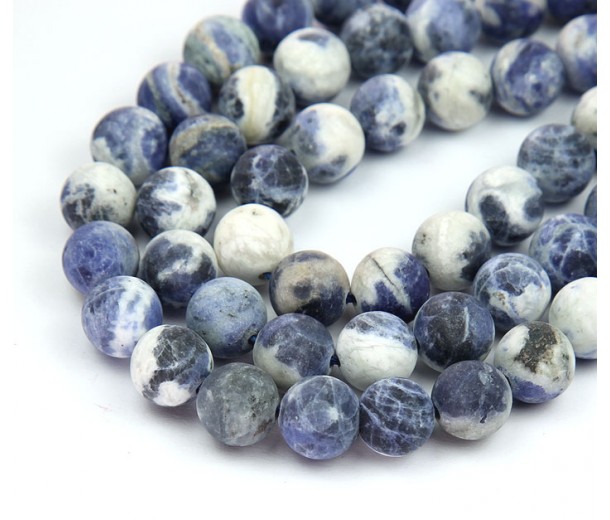 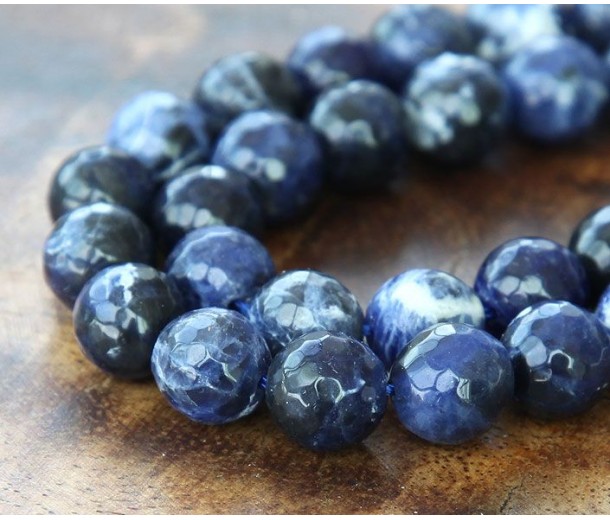 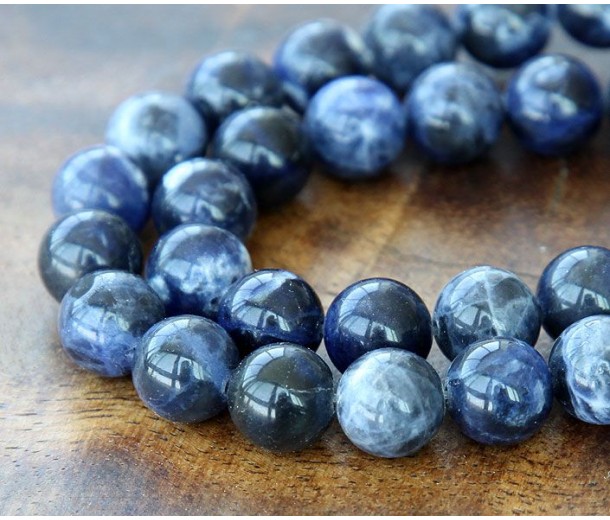 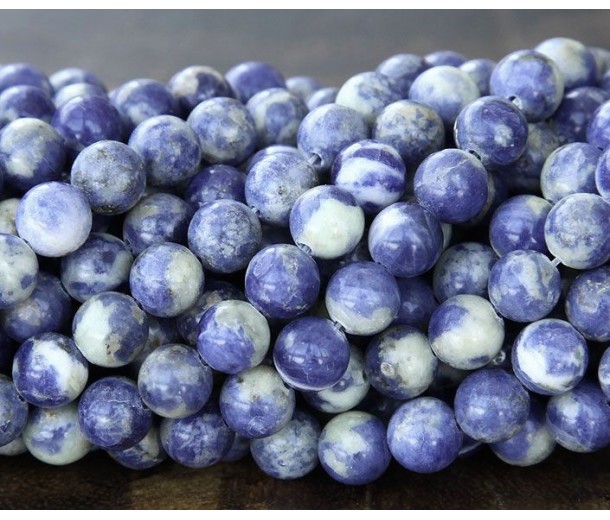 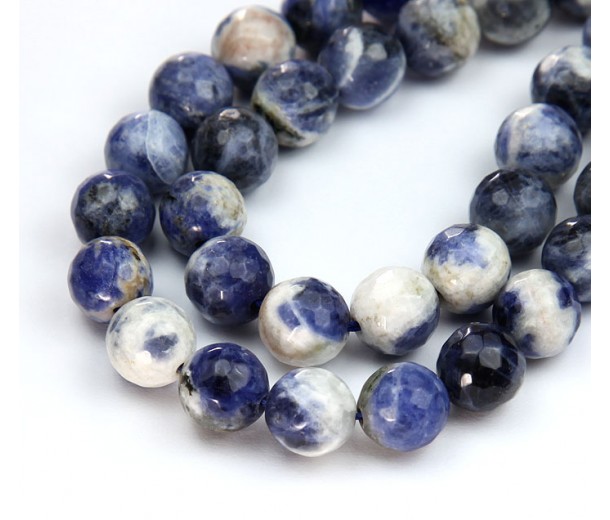 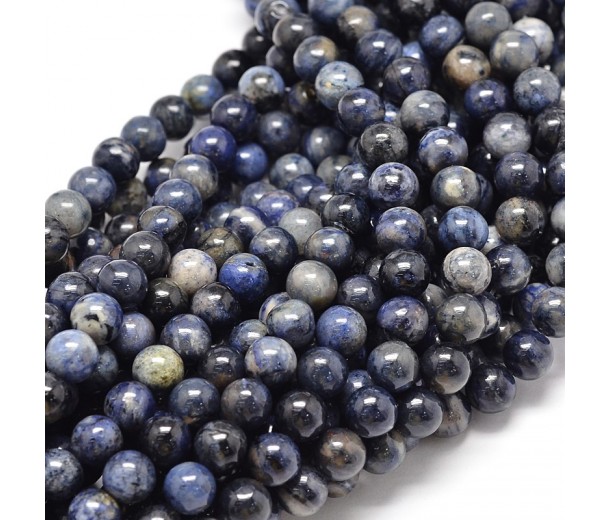 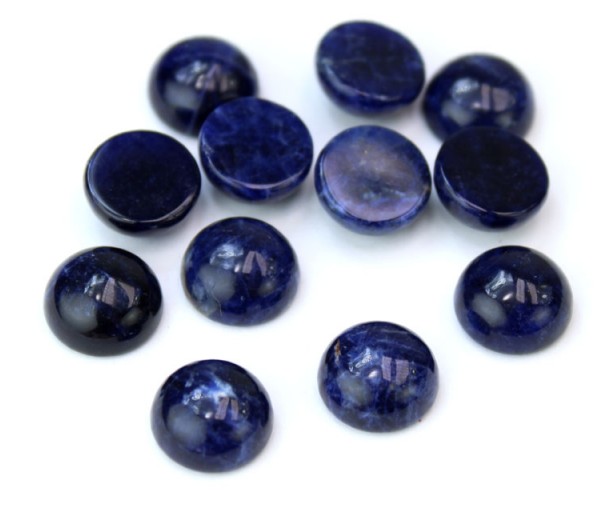 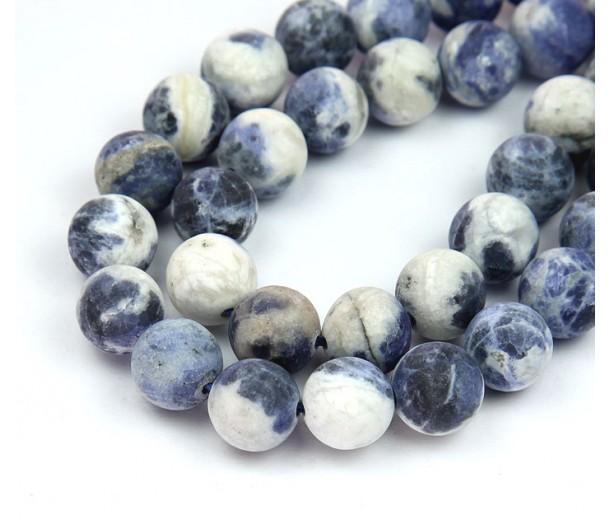