WE ARE OPEN AND SHIP OUT FAST!

Tiger’s Eye, a member of the quartz group of chalcedonies, is one of the chatoyant semi-precious gemstones that usually occur in metamorphic rocks. This gemstone has an interesting ‘chemical history’, starting as a fibrous blue mineral called crocidolite that over time was replaced by Silica, and transformed itself into quartz while maintaining its fibrous formations. In mineralogy, this chemical phenomenon is known as pseudomorp, a Greek word for ‘false form,’ and the fibrous formations create parallel lines that result in the shifting play of light within the gemstone. It was first discovered during early 1800’s in South Africa and derives its name from its banding, which resemble the stripes of a tiger. Its notable sources include South Africa, India, Namibia, Australia, Brazil, Canada, Burma, Spain and the United States.

This opaque gemstone exhibits an erratic silky luster caused by the reflected lights within its parallel yet wavy fibrous bands. Tiger’s Eye generally crystallizes in monoclinic system and occurs in various shades of gold-brown, red-brown, and yellow. Although, in some cases when pseudomorphism to Quartz is incomplete, it results in a stone of bluish-gray color and this particular variant is known as Hawk’s Eye.

It has been attracting spiritualists and astrologists throughout the ages. As per the legends, Romans believed it to bring clarity, insight, and protection, and their soldiers wore it during battles. It is also believed to have characteristics of a tiger, bringing strong determination, focus, patience, and fierce dynamic energy to its wearers. Associating it with its vibrant golden color, the gemstone is often used to attract wealth, abundance, and luck.

Tiger’s Eye, with its unique gleam, draws numerous artisans towards it. These look stunning when carved into floral cuts, ornamental stones, and embedded into motifs. They are mostly cut into cabochons, which maximize their iridescent undulating luster, but are also cut into beads of various shapes and even tumbled. Though these are undeniably beautiful in their natural form, they can also be dyed to attain almost all colors of the spectrum. We happen to have a comprehensive collection of Tiger’s Eye beads, scroll and shop through our store to add regal colors to your designs and create some pieces which are truly hypnotic to the eyes of the audience! 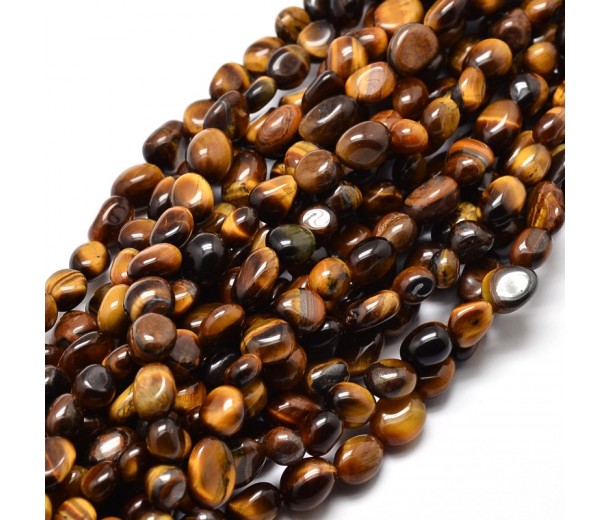 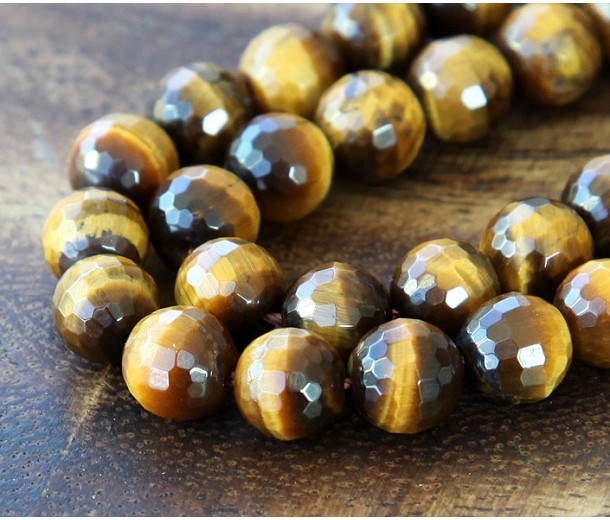 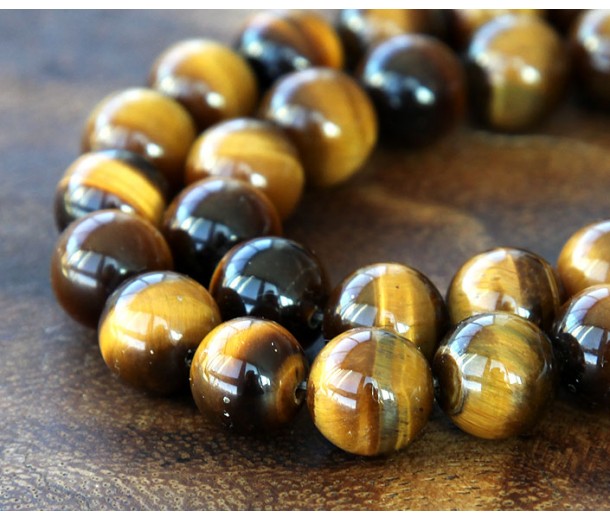 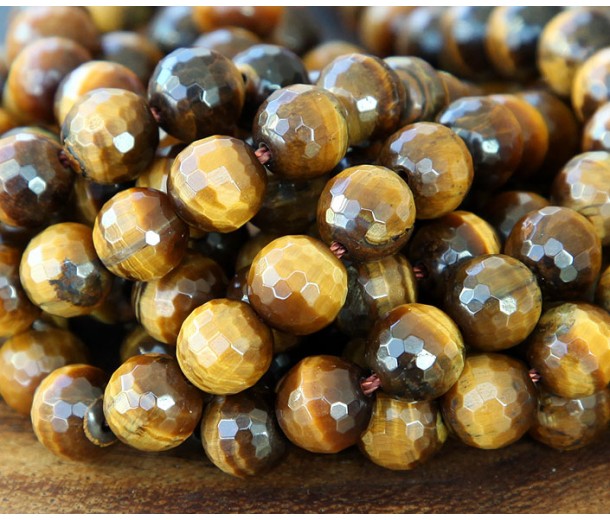